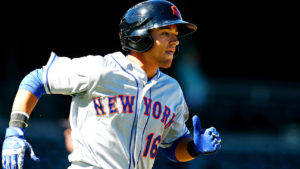 Lee Mazzili who was known by the nickname Lee Maz was a highly successful MLB baseball player, who played for six MLB teams. To discover a few interesting facts about his MLB career as well as a few facts about his son’s MLB career, simply continue reading.

One of the reasons why Mazzilli enjoyed such a lengthy professional career is that he was ambidextrous and could bat well with either hand.

Lee Mazzilli played for some of the best teams in the MLB:

After his retirement Mazzilli coached and managed MLB teams:

After retiring from professional baseball, Mazzilli went on to manage the Baltimore Orioles from 2004 to 2005. During his retirement Mazzilli also coached the New York Yankees from 2000 to 2003 as well as the 2016 season.

Mazzilli was lucky enough to win not one but two world series. One World Series as a player in 1986 and the second World Series as the coach for the New York Yankees in 2000.

He had the honor of being named an All Star player:

In 1979 Mazzilli was selected as a MLB All Star player.

He attempted to become a professional actor:

After retiring from professional baseball Mazzilli appeared in an off Broadway play, in the hopes of building a career as an actor.

Mazzilli’s son L. J Mazzilli followed in his father’s footsteps and pursued a career as a professional baseball player. L. J Mazzilli was born on the 6th of September, 1990 and is contracted as a short stop and second baseman for the Chicago White Sox.

L.J Mazzilli was drafted by the New York Mets:

L.J Mazzilli was once signed to the New York Mets, who signed him as part of the fourth round of the 2013 MLB draft.

After signing with the New York Mets after the 2013 MLB draft, L. J Mazzilli made his professional debut with the Brooklyn Cyclones.

L.J Mazzilli was suspended for 50 games due to a positive drug test:

During the 2014 to 2015 off season L. J Mazzilli was suspended for 50 professional games after failing a second drug test. However, Mazzilli’s contract with the New York Mets was not cancelled and the Mets actually promoted Mazzilli to play for the Las Vegas 51s in the Class AAA Pacific Coast League.

L.J Mazzilli signed a contact with the White Sox in 2019:

In 2019 Mazzilli signed a contract with the Chicago White Sox. Which was arguably the best contract which L.J Mazzilli had signed in his professional career.