The consensus MLB picks for the 2022 World Series have deemed the Los Angeles Dodgers the favorites at +700 to win their second title in three seasons. The reigning World Series champs, the Atlanta Braves, find themselves in the middle of the pack at +1400 to repeat in 2022. 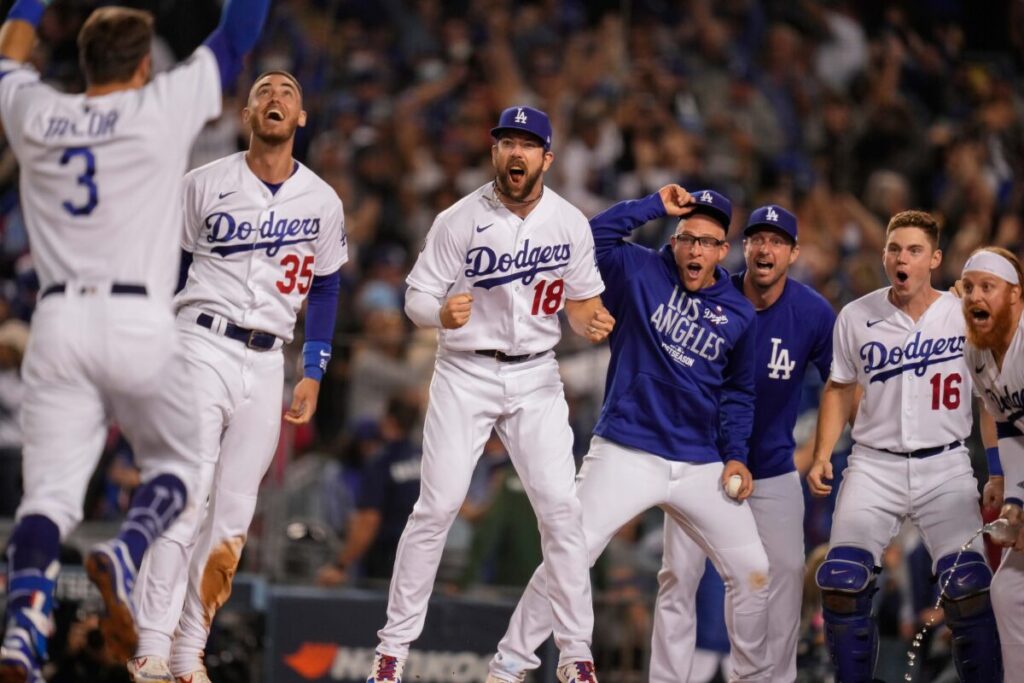 Major league baseball is scheduled to begin its season with the start of spring training later this month. But first, team owners and players must come together on a new collective bargaining agreement to end the sport’s current lockout.

However, the work stoppage has not stopped prognosticators from giving their rankings or projections for the upcoming season.

Here are the latest 2022 World Series odds via DraftKings:

Dodgers Roster is in Flux

2021 left a bad taste in the Dodgers mouth. In an upset, the team lost to the Braves 4-2 in the National League Championship Series last October. Atlanta took this momentum and defeated the Astros 4-2 to capture their first World Series title since 1995.

And to the surprise of no one, the Dodgers made several off-season changes to their roster before the lockout. The team elected not to make contract offers to several key free agents. Thus, starting shortstop Corey Seager left for the Texas Rangers, starting pitcher Max Scherzer signed a free-agent deal with the New York Mets and bullpen reliever Corey Knebel agreed to a new contract with the Philadelphia Phillies.

Plus, the Dodgers must decide the future of Clayton Kershaw with the franchise. Questions have risen if Kershaw is healthy enough to be offered a new contract for the 2022 season? The team’s top starting pitcher missed the 2021 postseason due to a severe elbow injury. The organization has not come forth with its decision at this time.

Despite those key losses to the lineup, the Dodgers are one of the few teams in baseball that are willing to spend money to improve their roster. The team’s front office has not divulged their future plans, but this approach could be beneficial once the lockout ends. The Dodgers have money to spend and could become an ideal location for those available free agents on the open market. You may see several players willing to play on a one-year deal in Los Angeles before testing the market again next winter.

And let’s not forget that the team still has Mookie Betts, who is poised to have another MVP season. Trea Turner will be available at the top of the batting order for his first full season with the Dodgers. Each player was a key component of last season’s success.

The most incredible way to learn about the players’ strategies and cheer with other fans is to see them play live in the stadium during a game like Dodgers vs Padres.

Why The Dodgers Are The Top World Series Choice

The Yankees, Astros, and Mets are all good MLB picks, but the top choice is the Dodgers for the 2022 season. The postseason has become commonplace for the organization. Some experts believe the Dodgers have been on an island for the sport’s elite franchises.

In the past ten seasons, the Dodgers have claimed nine postseason berths. The results included a World Series title in 2020, consecutive appearances in the Fall Classic (losses to the Astros and Boston Red Sox) in 2017-18, and two National League Championship Series losses. Over the past decade, the Dodgers had a 59% winning percentage in postseason baseball.

The 2022 season will come down to which team can stay healthy throughout the 162-game campaign.