Upsets are a part of sport but there are very few times in history that we see upsets reach this magnitude. Whether it’s a boxing match, Premier League anomaly, ice hockey surprise or a single catalyst dragging his team over the line to beat the bookies. 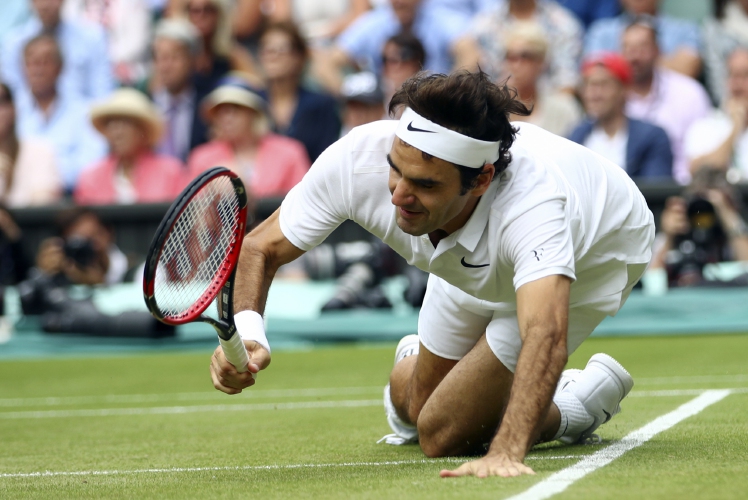 There’s something poetic about a David and Goliath story, something romantic about an underdog dethroning a titan. Those who fancy their chances on backing an underdog can find some exciting fixed odds prices here for future long-shot victories. Let’s have a look at the biggest upsets in sports history in the last century.

Roger Federer is arguably the greatest tennis player ever to wield a racket. The Swiss Maestro has dismantled the very best in the game and has 20 Grand Slams to his name. The man owns numerous accolades recording over 1,243 wins professionally.

When the 2009 US Open came around, there was no doubt in anyone’s mind that Federer would dominate the tournament adding another piece of silverware to his ever-growing trophy cabinet. Federer made it to the final effortlessly and met the unheralded, 20-year-old Del Potro.

The Swiss player was two points from victory against the inexperienced del Potro when tragedy struck. Federer simply fell apart. The player could not figure out how to best the challenger. Argentinian Potro came back to win his first Grand Slam title by upsetting the No. 1 seeded Federer 3-6, 7-6 (5), 4-6, 7-6 (4), 6-2.

The 2007 New England Patriots were a team to be feared. The footballing outfit looked on their way to Super Bowl glory after a 16-0 regular season and found themselves riding a wave of momentum. The Patriots even possessed team catalyst Tom Brady.

All that stood in-between the Patriots and Super Bowl silverware was a battle-hardened New York Giant squad. The game became known for an emphatic helmet catch from the previously unheralded David Tyree.

On that magical set play, Eli Manning, the New Giant’s quarterback, avoided a handful of sacks and launched the football deep where Tyree was waiting with his trusty helmet.

The Giants went on to score in that drive snatching at the jaws of misery with only 2 minutes left on the clock. Their backline weathered the storm and went on to be crowned Super Bowl champions.

Greece had never won a match at the final stages of an international tournament before 2004. They came into the European tournament without much hope or enthusiasm — the nation was back in the tournament after 24 gruelling years.

After such a long layoff, the country expected little when coming up against the giant footballing nation of France. Greek striker Angelos Charisteas shocked the two-time Euro winners in the quarterfinals by firing a goal in the 65th minute to send the French packing their bags.

Building on their colossal victory over France, the Greeks rode a wave of upset by putting the Czech Republic to the sword in the semis and then again versus the host team Portugal in the final, sealing one of the most remarkable fairy tales in international football.

The Premier League is typically dominated by the larger clubs, who can push and pull the competition with their purse strings. Leicester City only just avoided relegation to the Championship in 2014/15, winning seven of their nine final matches to avoid the dreaded relegation trap door.

Claudio Ranieri replaced Nigel Pearson as manager in the summer of 2015/16 and performed arguably the biggest sporting upset in sports history. The Foxes were listed as 5000/1 to win the title at the start of the season, with many punters tipping the West Midland outfit to swallow the drop.

The sheer pace, determination and finishing ability of club stalwart Jamie Vardy propelled the club to Premier League conquest. The Foxes dug in all season, producing some tantalising football from the likes of Riyad Mahrez and N’Golo Kante stunning the football world finishing ten points clear.

Mike Tyson was undefeated coupled with being the undisputed heavyweight champion of the world. “Iron Mike” exercised boxing supremacy and had no intention of letting go of his strap.

Buster Douglas, a 42/1 outsider, who’s mere purpose was a stepping stone to a blockbuster bout between Tyson and Evander Holyfield. Widely considered the best pound-for-pound boxer in the world, Tyson was supposed to make light work of his fellow American.

Douglas never got the memo and immediately let Tyson know that he was not so easily pushed around. The champion struggled to find rhythm as Douglas went into an extra gear continuing to pile on the pressure.

The knockout blow came in the 10th round as Tyson toppled to the canvas being reduced to a scrambling mess searching for his gumshield. The referee had seen enough and Buster Douglas was crowned the new heavyweight champion of the world.