The 2021-22 English Premier League season literally kicks off on August 13, and soccer fans worldwide are tingling with excitement at what should be an epic campaign from start to finish. Some 380 games take place between August 13 and May 22, 2022, and it is Manchester City who is firm favorites to lift their second consecutive title. 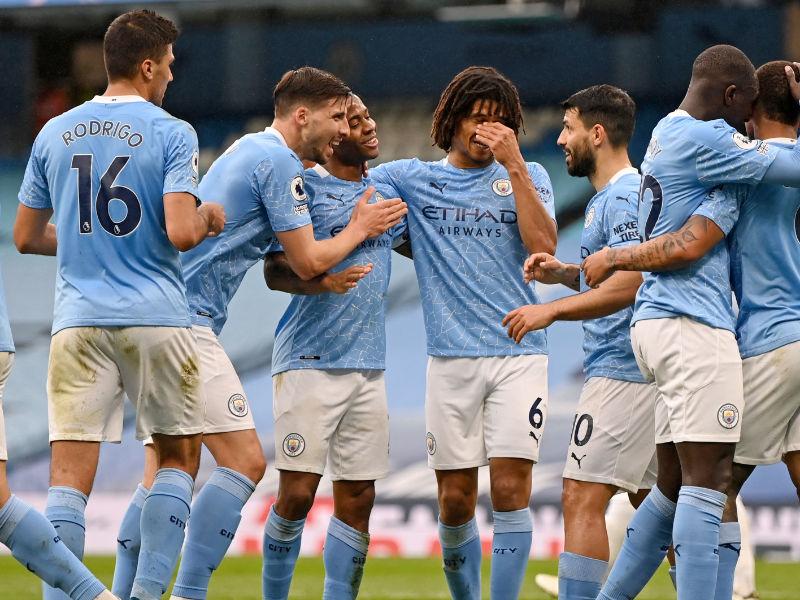 “Manchester City” by SHAUN BOTTERILL is licensed under CC BY 3.0

All the biggest and best soccer betting sites have Manchester City listed as odds on favorites, and it is easy to see why. Guardiola has the best squad in the division even after releasing the City legend Sergio Aguero. City played without a recognized striker for most of the 2020-21 campaign yet still scored 83 goals in 38 Premier League matches.

Guardiola is yet to get out the bottomless checkbook available to him. Still, it is impossible to comprehend City will not bolster their squad before their opening fixture away to Tottenham Hotspur on August 15.

Several talismanic strikers are continually liked with a transfer to the City of Manchester Stadium. Erling Haaland is one Guardiola target, with England captain Harry Kane the other. Rumors currently circulating in the British press suggest that City lodged a £100 million bid for Kane, which Tottenham instantly rejected.

Should City secure the services of either Haaland or Kane, they will be unstoppable.

Although City should march onto their second consecutive Premier League title, they will face more formidable opposition this time around.

Other long-term injuries to Alex Oxlade-Chamberlain, Joel Matip, Jordan Henderson, Diogo Jota saw Liverpool struggle for form. Jurgen Klopp had 23 different players in the treatment room at some stage of last season and was even without ten first-team regulars for one fixture.

Klopp’s men were worthy champions in 2019-20, finishing with 99 points, 18 more than City. While it is unlikely Liverpool will hit those dizzy heights again this coming campaign, they must surely have more luck when it comes to injuries.

“Manchester City” by UEFA is licensed under CC BY 3.0

The Best Of The Rest

Manchester United finished in second place last season, but it is difficult to see them doing so again in 2021-22. All of United’s six Premier League defeats came at their Old Trafford home; they also drew 11 games in total.

Ole Gunnar Solskjaer’s Red Devils flattered to deceive. Sure, they have acquired the services of the excellent Jadon Sancho, but United did not need another winger. Solskjaer would have been better off sourcing a new central defender or a defensive midfielder. Finishing in the top four will be a good season for United, in our opinion.

It could well be Chelsea who is the fiercest rival to Manchester City’s crown this season. Thomas Tuchel transformed the Blues upon his arrival, guiding them to a third-place finish in the Premier League and UEFA Champions League glory.

Tuchel is yet to dip into the transfer market, but you just know a marquee signing is just around the corner; there is no way billionaire owner Roman Abromovich will allow Tuchel to embark on a Premier League campaign without significant reinforcements.

Chelsea needs a striker because Timo Werner hardly hit the ground running. The Blues are another team linked with Haaland. Secure him, and the title race is blown wide open.

You may be reading this article wondering why Tottenham Hotspur has not been mentioned. There is zero chance of them winning the Premier League; they will not even finish in the top four.

Something is wrong with Spurs, something deep inside the squad. Sacking Jose Mourinho was probably a good move because “The Special One” rubs players the wrong way. However, replacing him with an equally defensive manager as Nuno Espirito Santos, who was Spurs’ fifth or sixth choice, is far from ideal. Through into the mix the fact Spurs have an aging defense, and their star man Kane is rumored to want to leave, and you have all the ingredients of an arduous season for Tottenham.