Esports is much bigger than most people realize, with competitions offering multimillion-dollar prize pools for the winning players or teams. Let’s have a look at some of the biggest prize pools in the history of esports. 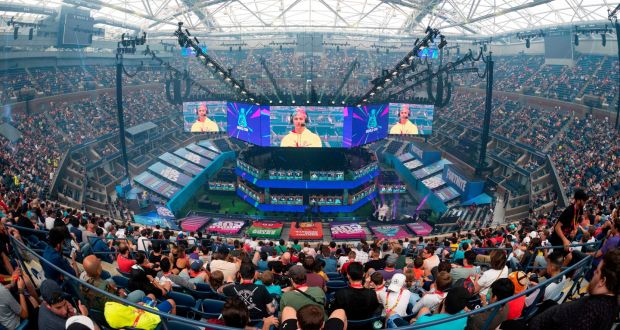 It’s fair to say that no talk about esports competitions and prize pools would ever be complete without a look at the Dota 2 International. It’s an annual competition run by Valve Software, the creators of the game, a game from the MOBA genre (multiplayer online battle arena) in which two teams of 5 players fight to destroy the opposing team’s base first.

The competition has traditionally taken place in Seattle but has seen some changes in venues recently. The prize pool is unique because its crowd sourced, with proceeds of digital item sales making up the vast majority of this prize pool. Dota 2 is one of the games featured on esports betting site Unikrn’s UMode, where you can take esports betting to your own games and bet on your own performance on your next game. That means you can play games for money!

In fact, the event occupies all top 5 spots in a ranked list of biggest esports prize pools, having grown exponentially over the last 5 years since 2015, where it was in the region of $18 million. In 2019, this prize pool topped $34.3 million, which makes it not only the biggest prize pool in esports history, but offering a first place bigger than many traditional sports too. First place in the competition, OG Esports, took home a staggering $15.6 million, winning the competition for the second year in a row.

Fortnite has held the crown as one of the biggest games in the world for a couple of years now thanks to its accessibility and offering on multiple platforms, as well as being free to play. It makes an interesting esport because of the size of a playing field, which takes up to 100 players in solo play, in pairs (duo) or teams of 4. The game falls into the Battle Royale genre, where players are dropped into a large map which slowly shrinks in size over time, forcing the players closer and close together. In Fortnite, this is done by the introduction of a storm, which damages players quickly if they are caught in it and not in the safe circle. It includes feature where players can build structures, which is unique in the genre. The last team or player standing is declared the Winner Royale.

In 2019, the Fortnite World Cup became the game with the second biggest esports prize pool in history, with the solo format of the competition offering up $15.2 million and the duos format another $15.1 million. Kyle “Bugha” Giersdorf took home $3 million for first in solos and David “Aqua” W and Emil “Nyhrox” Bergquist split $3 million for taking first in the duos.

The third spot is technically held by the 2014 edition of The International which has a $10.9 million prize pool, but we’re putting the 2018 League of Legends World Championship here to keep things interesting. League of Legends follows a very similar game format to Dota 2, a MOBA with two 5 player teams fighting for domination. The 2018 edition boasted a prize pool of $6.45 million which was boosted thanks to the game developer, Riot Games, boosting the prize pool with proceeds from the sale of in game cosmetics.

Next on our list is a game considered to be the grandfather of all the Battle Royale games, Player Unknown’s Battlegrounds, more commonly called PUBG. Its game modes and play are similar to that of Fortnite, but the game itself is more realistic with guns and equipment modeled closer to the real-life equivalents compared to Fortnite’s more cartoonish implementation and visual styles.

The 2019 PUBG Global Championship took the form of a team-based competition where 15 teams battled it out for the biggest chicken dinner ever offered in the game to date. The total prize pool offered was $6 million. Team Korea won the grand finals and pocketed the cool $2 million first prize.

The only pure first-person shooter on the top 5 games’ prize pools is Call of Duty’s 2020 League Championship. Call of Duty is a military shooter played in teams of 4 with different game modes like Search and Destroy. The 2020 iteration was held purely online, which makes this the biggest online only prize pool in history. A seemingly humble $4.6 million was on offer in this competition in which Dallas Empire bear Atlanta FaZe to claim top honors and the $1.5 million first place prize to go along with it.

Parents might suddenly start supporting their children who dream of making it big with a controller after seeing some of these numbers!

To read more on topics like this, check out the Media & News category