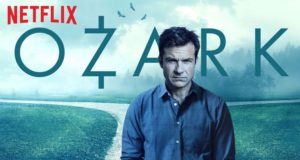 If you’ve got a lot of free time on your hands and have been searching for newly released shows to binge watch, you’ve come to the right place. Simply continue reading to discover a few current TV series to binge watch.

Snowpiercer is a dystopian drama which takes place on a train, which continues to circumnavigate the globe in order to prevent its engine and carriages from freezing. Snowpiercer stars Jennifer Connelly and Daveed Diggs and is based on the hit movie by the same name which was directed by Oscar winner Bong Joon Ho. Who won an Oscar for the Korean film “Parasite”.

In Snowpiercer the poor individuals in the tail end carriage of the train seek to rise up and over through the rich who are in the train’s first and second class cabins. If you enjoy dark, dystopian dramas, you’ll definitely enjoy watching Snowpiercer.

White Lines is a mystery thriller series which takes place in Ibiza. In White Lines, the main character Zoe, heads to Ibiza in order to get to the bottom of her brother’s mysterious disappearance. As Zoe investigates her brother’s life as a DJ, she soon finds herself drawn to a world filled with partying, drugs and illegal business. If you enjoy watching TV shows which offer idyllic, stunning settings, you’ll love watching White Lines. As Ibiza definitely is a great setting for a TV show about excess, danger and decadence.

Sweet Magnolias is a feel good show which is set in the charming southern town of Serenity and follows the lives of a group of friends as they handle family relationships, dating and pursuing their dream careers. If you enjoy heart warming shows such as Gilmore Girls, it’s well worth watching the pilot episode of Sweet Magnolias.

Ozark stars Jason Bateman as Marty a seemingly boring financial planner who is forced to work for a Mexican Cartel. In 2020 the third season of Ozark premiered. So if you’ve never caught an episode of Ozark before, it’s well worth binge watching the first two episodes of Ozark, before binge watching season 3 of Ozark.

If you’re looking for a new comedy series to watch and enjoy witty cop comedies, you may be interested in watching Brooklyn Nine-Nine, which is now in its 7th series. Brooklyn Nine-Nine stars stand up comedian Andy Sandberg as well as Melissa Fumero, Stephanie Beatriz, Chelsea Peretti, Andre Braugher and Terry Crews.

After a long run of success Homeland is airing its final season. If you’ve never watched Homeland, which stars Claire Danes and Damian Lewis, it’s a fast paced TV series which follows the career of an CIA officer who works as a counter terrorism agent. Who is played by Claire Danes. If you’re into pyscholigcal thrillers, make sure to add Homeland to your list of series to binge watch this year.

So if you’re on the hunt for newly released TV shows to binge watch, it’s well worth adding all of the great TV series which are listed above to your list of TV series to watch.